Adrian Atkinson, the founder of hfi maintains that entrepreneurs, while not born are made by early childhood experiences. They also generally show their entrepreneurial flair very early. Adrian is himself a case in point. At the age of 11 he was selling eggs from his own chickens to school colleagues and teachers. One cold night, he was lazy and did not go out after dark to lock up the hens in their coop. When the fox got into the hen coop and killed them he cleaned them up and sold the chickens. By the age of 16 Adrian had a flourishing car repair and tuning business run from his parents’ yard. At University he started two companies.

SCOT VAC was a company that organised holidays and research for Americans with Scottish ancestors to find their roots and HOVERCLAN – started with Alex Kemp, now Professor of Economics at Aberdeen University. HOVERCLAN was based on a plan to run passenger hovercraft across the Clyde. Following Adrian’s other contention that entrepreneurs fail 4-5 times before they succeed – none of these ventures, except the chickens, was a success. Did Adrian fail? No, he will tell you he learned a lot.

Turn a problem into an opportunity

From the chicken venture Adrian learned to turn problems into opportunities, a lesson he has embedded in the philosophy of hfi. In the days before internet testing and the commoditisation of assessment, one of hfi’s projects involved assessing multinational teams in a variety of native languages. This had to be done all at the same time, in the same room and then the results compared and benchmarked against…what? The German test of intellectual ability was typically thorough and took two hours to complete. The French test of intellectual ability took thirty minutes to complete. The UK test took forty five minutes and the Italian test was 20 minute affair. There was no common bench mark so the candidates could not be compared one with another.

The huge difficulty of managing this process gave hfi the opportunity to develop our own, fully researched, reliable and predictive international assessments. We have three tests of general reasoning ability, developed simultaneously for different languages and cultures and three bench marks – one for each level of testing – international executive managers, international supervisors and technical professionals. Opportunity created and problem solved!

Going back to his Scottish roots and attending the University of Aberdeen in the early sixties, gave Adrian the opportunity to study a wide variety of subjects in his first year. While always having psychology as his major interest, he also studied advanced mathematics, logic and philosophy. This gave birth to the third pillar of hfi’s philosophy – ‘evidence based justification.’ Over the years we have found that many people are all too willing to comment on every aspect of other’s personal and corporate lives – giving their opinion. We heard a young graduate giving a distressed manager advice on how to manage redundancies in his division.

She said: ‘I always find that people will soon get a new job if they work hard at it. Just tell them straight that there is no room for them in this organization and let them get on with it.’ What evidence did she have for saying that? None at all – it was just her view. A degree in psychology is not a license to air one’s opinion about anything. hfi does not give an opinion. It gives advice based on an analysis of the issues, clarification of what is required and recommendation for the way forward based on proven psychological theory. We can always give an audit trail and a rationale for our advice. 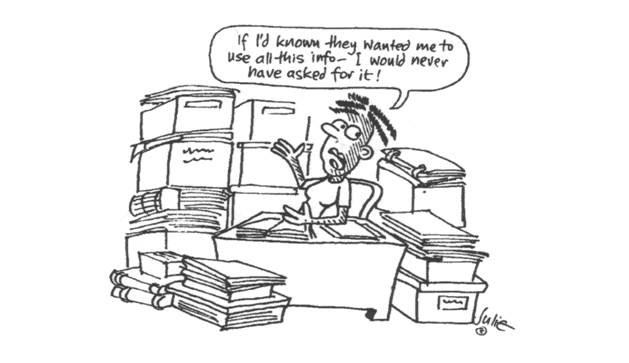 If it is a miracle, any sort of evidence will do. But if it is a fact then proof is necessary
Mark TwainLord Commander

Professor Elizabeth Frazer, the head of the psychology department at Aberdeen University was also an inspiration. She was a brilliant mathematician and statistical psychologist. She had a special gift for recognizing patterns. One could give her a huge spread sheet full of figures and within seconds she would say – ‘Have a look at column 3 – something is wrong there.’ She had a model of how the data should look, could spot minute deviations instantly and insisted that they be put right. So the fourth pillar of hfi is rigour. We are, as one of our clients put it recently, brutally honest. We collect the data, match it to the model, draw our conclusions and communicate them in straightforward, jargon free language. Not for us band wagons and the latest psycho-speak. Our conclusions and recommendations are always blindingly clear to our clients and justified by evidence and a logical rationale.

The Founding of hfi

In 1980, as a lecturer in organizational development at the University of Aston, Adrian was invited to become the first Visiting Scientist to the Department of the Navy in San Diego, California. There he encountered psychology based projects on a scale that he had not met in the UK; recruitment of 92,000 personnel a year into the navy – each one going through a rigorous assessment. Returning to Aston University a year later was impossible. So he left, founded hfi and has grown it into a professional company. We now work globally, have 40 consultants worldwide and over 100 affiliates who work with us on interesting international projects. We base all our work on a deep understanding of psychology and the contribution that it can make to the profitability and effectiveness of worldwide business. We have built our contribution on the basis of the four pillars of hfi: